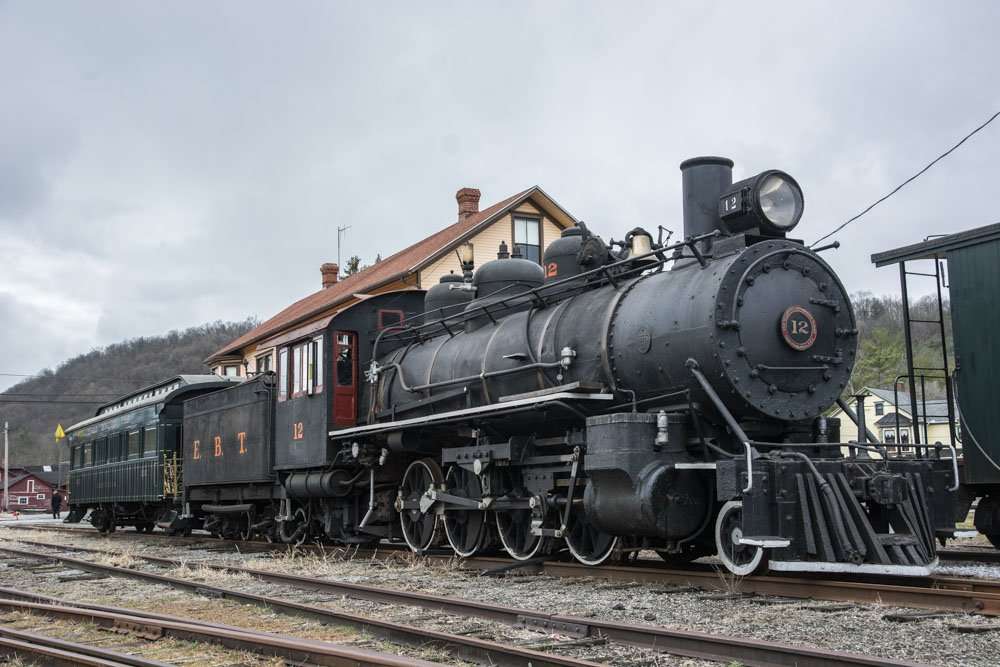 #12 was the first and smallest Mikado (2-8-2) to enter the EBT’s roster. Millie, as she was named in 1960 by owner Nick Kovalchick after his daughter, was built by the Baldwin Locomotive Works of Philadelphia and was capable of hauling 15 loaded hoppers from the coal mines. #12 set the standard for the rest of the main line locomotives to come. #12 last operated October 2000. 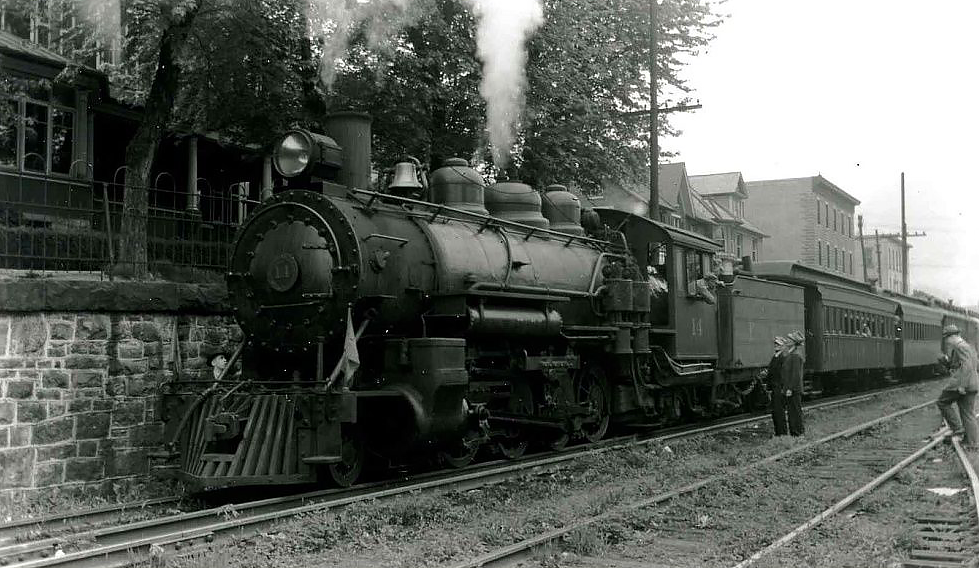 #14 is the second narrow gauge engine of her class but much heavier and more powerful than #12. It last operated in October 2005. 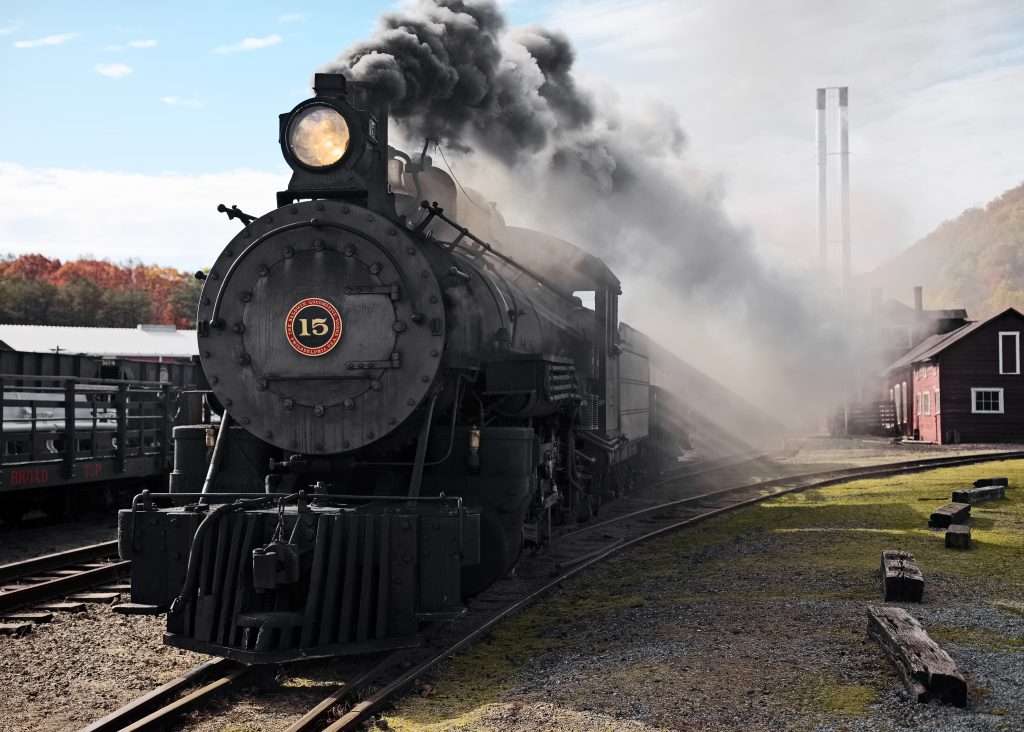 With an increase in coal and passenger traffic, the EBT found it necessary to purchase a third Mikado in 1914. Nos. 14 and 15 are similar but have several differences. They were both capable of hauling 18 empty hoppers back up the mountain. #15 came back to service in September 2005 after a four year overhaul and last operated in December 2011. 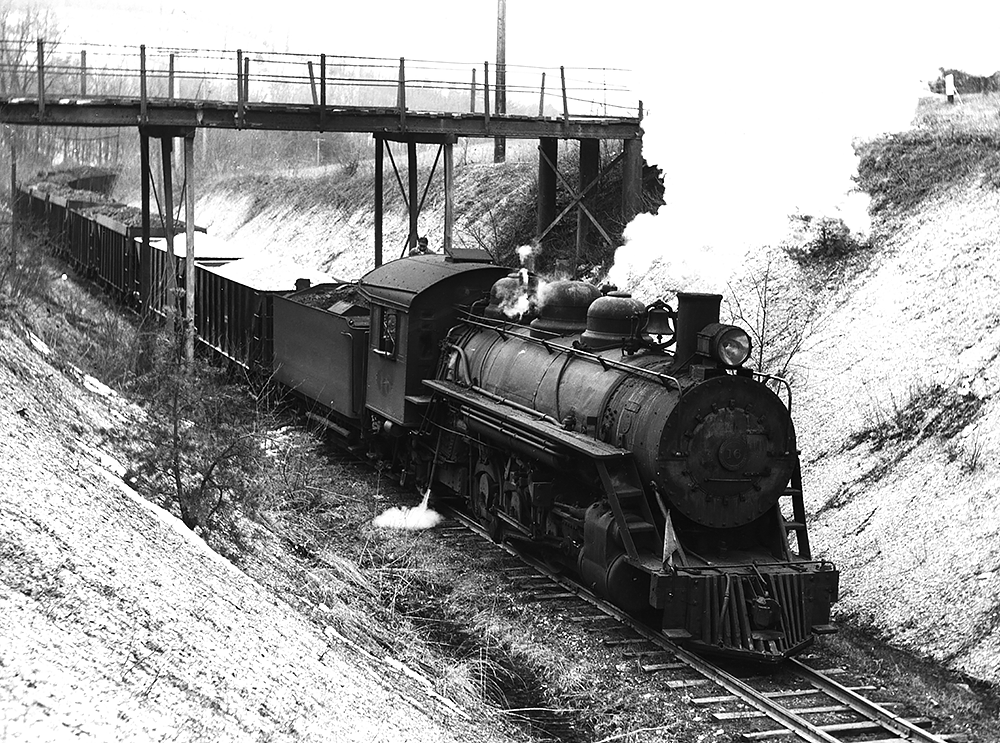 Entering the age of modern steam in 1916, the EBT received its first of three large Mikados. Unlike the previous three smaller locomotives, #16 came with superheaters, piston valves, and Southern valve gear. One story mentions #16 pulled 60 empty hoppers from Mt. Union to Rockhill in one train, literally clearing out the yard. #16 underwent an overhaul in 1955 and made only a handful of trips in early 1956 before the railroad shut down an overhaul when the EBT shut down. 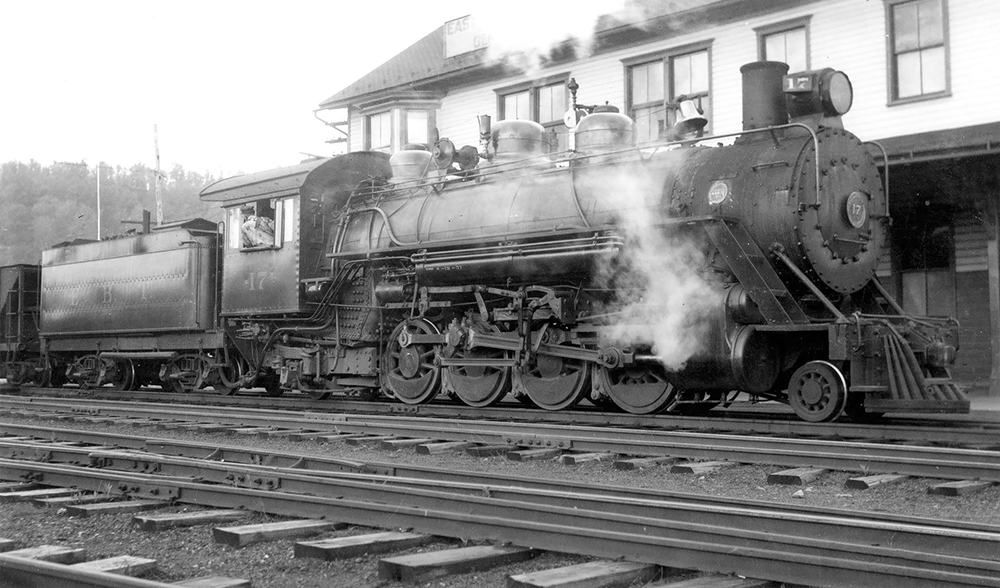 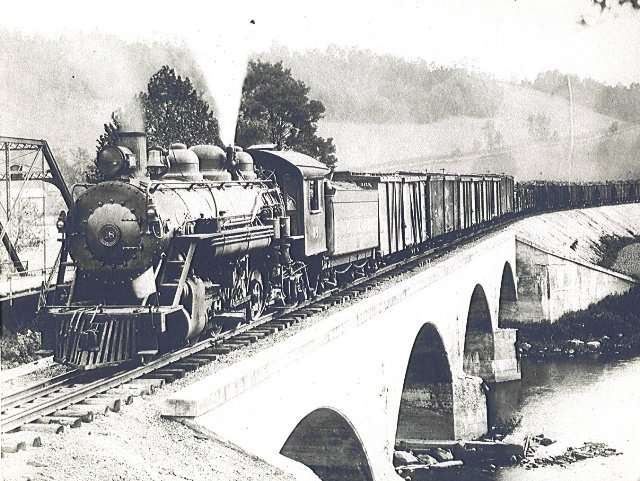 The last narrow-gauge locomotive the EBT purchased was #18. This locomotive completed the set of three large Mikados and the set of six total Mikados. Here #18 leads a train over the Aughwick Creek bridge with box cars, flat cars, and hoppers in tow. This photo dates from the 1940s. #18 last operated in April 1956.