Until the first diesel was purchased, motorcar M-1 had been used to do switching in the yard. Plymouth M-4 was purchased to take over regular switching duties in the 1970s. Other diesels were purchased subsequently, including the similar M-6. In the 1990s, a group of four GE center cabs was purchased with one of those becoming M-7 The other three were eventually sold. 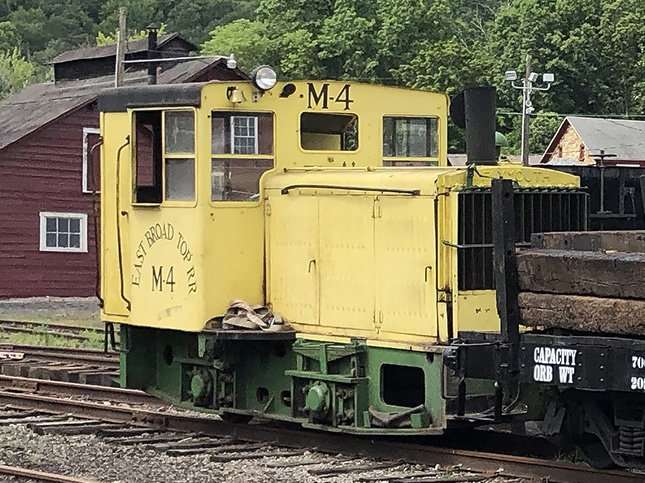 M-4 is a 2-axle 12-ton Plymouth diesel-mechanical locomotive purchased during the initial tourist years to perform switching duties when firing a steam locomotive was not practical. Prior to M-4’s arrival, M-1 was occasionally used for switching. 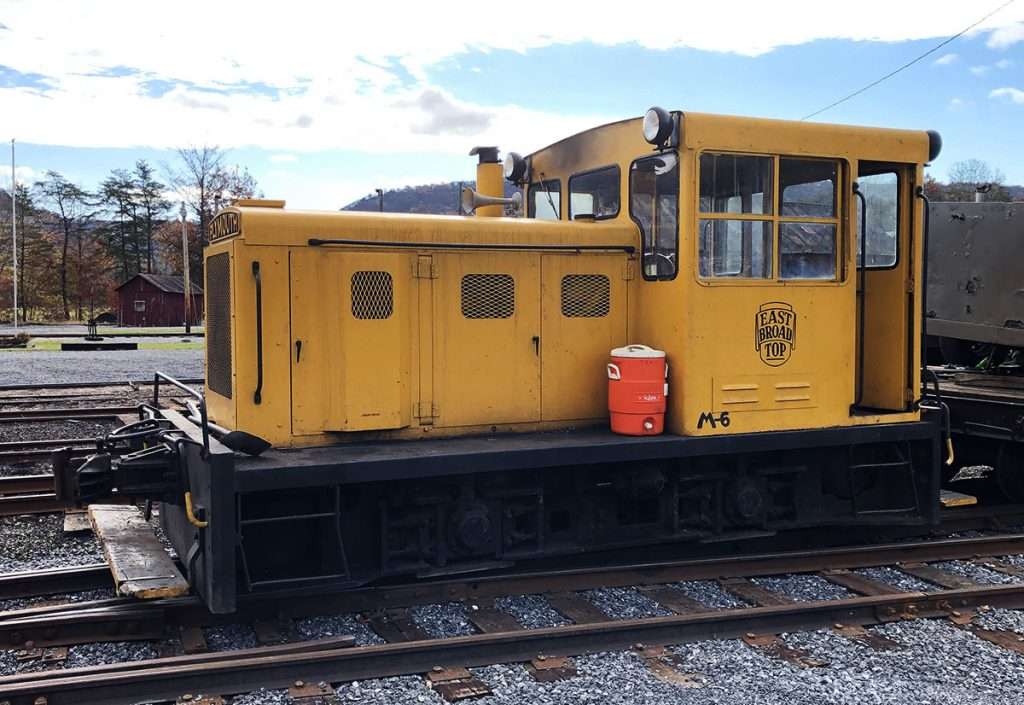 M-6 is similar in looks to M-4, but that is where the similarities end. M-6 is diesel-hydraulic and is equipped with air brakes. This critter was brought back to life in 2005 after 8 years or so of storage and is used for light switching. This General Electric center-cab switcher was originally built as a 50-tonner, but a previous owner increased its weight to 55 tons. It is diesel-electric and is used as our heavy duty yard switcher and on rare occasion must substitute for a steam engine. It was purchased in 1993 from an Algoma Steel mill in Sault Ste Marie, Ontario, where it used to push cars with molds on them into and out of the various pouring stands.